Reflecting back on my journey, I have realize how much I have grown and learned about social media management. I would not trade the experience for the world.

It has been a long journey from social media novice to social media expert.  This project not only opened my eyes to the world of social media management, but it has developed a new passion and possible career track for me.  I learned everything from the basics of strengths and weaknesses of Facebook and Twitter, to strategic partnerships that can provide consumers value and television networks more cash in the bank.  The time has come to bring my project to a close on this blog.  In December, I will defend this project before a committee and become a Kent State alumna for a second time.  In conclusion, I have developed seven steps to social media campaign success in the television industry:

END_OF_DOCUMENT_TOKEN_TO_BE_REPLACED

This screenshot displays Discovery’s Instagram and Twitter sweepstakes. Consumers were asked to make a shark fin on their head on day one of Shark Week.

Engagement.  It is a word that floats around in just about any industry, and it can mean a variety of things.  In social media, this common word is used to describe community interaction.  How can brands start and contribute to new and current community conversations on their social media accounts?  How can they get consumers involved with the business and the brand?  Well, take a tip from Shark Week: Challenge the consumer and offer a reward.

END_OF_DOCUMENT_TOKEN_TO_BE_REPLACED

Times are changing for the television industry.  In fact, there is a shift to nonprofit news organizations over for-profit news.  Technology and consumer trends are changing, and media companies are still struggling to keep up.  The biggest issue, that I have written about time and time again, is the need for more revenue since advertising dollars are becoming digital pennies.  A recent Knight report highlighted the nonprofit style of media management, and one of the trends is gaining revenue from sponsorships.  In my research project, Puppy Bowl IX did just that.

END_OF_DOCUMENT_TOKEN_TO_BE_REPLACED

A screenshot of Discovery Channel’s Facebook invitation to its viewing event, Skywire Live.

For the next three weeks, my posts will be revolved around the social media show campaigns my master’s project has evaluated.  Today, I’m talking about Skywire Live’s use of Facebook events to promote customer inclusion.  Skywire Live was a one-time viewing event by Discovery Channel in June 2013.  Nik Wallenda, a wirewalker, had a burning desire to walk across the Grand Canyon.  That dream came true, and millions of people around the world witnessed Nik’s triumphant victory.

Since the event is new and has never aired before, Discovery had the challenge of promoting show awareness to consumers.  One tactic the team used on Facebook was an event invitation.  In today’s television viewing habits, consumers are gaining more power in what, how, when, and where they watch television programming.  This power has created the desire for consumer-driven content, whether it is home videos or on-air tweets.  Consumers want to feel they have contributed and effected the shows they consume, and they want to develop a bond with networks.

END_OF_DOCUMENT_TOKEN_TO_BE_REPLACED

I am thrilled to announce that I am in my last month of graduate school and that means this master’s project is about to come to a close.  My social media and viewership master’s project started in January and will be completed December 9th.  Under Kent State rules, I cannot release the entire project on this blog, but I can share a few discoveries and general information I found along the way.  This video highlights five social media best practices I learned this year, and I feel these topics will continue to play important roles in the world social television. 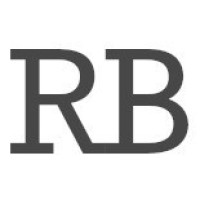 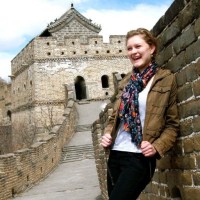 On the Beat - Off the Record

Mark Turner is editing the world, one word at a time